There are countless examples of great leadership — some bold and dramatic, some subtle, but none the less impactful. As I sat talking with Sylvie Legere Ricketts, with whom I’ve developed a wonderfully productive friendship, I reflected on the impact Sylvie, her work, her passion and her enthusiasm has had on so many women, myself included. Indeed, without Sylvie, the “She Said/She Said” podcast likely wouldn’t exist. Sylvie is the creator and co-founder of an organization called The Policy Circle  (now with almost 2,000 members in almost 30 states in less than two year’s time), which gives women a venue to learn about and discuss policy, while building their confidence in the process. She also organizes an annual Summit to bring the women who lead Policy Circles around the country together to collaborate, build skills and increase personal effectiveness as leaders in their communities. It was at one of these gatherings that Sylvie asked me to moderate a panel called “Using Your Voice.” She assembled a diverse group of women who were having tremendous impact in their respective states and communities, but who approached their work from unique vantage points and perspectives. It was a great conversation! So great in fact, Sylvie approached me after the event and suggested a similarly focused podcast. She suggested that I should create it! I was simultaneously taken back and flattered by her suggestion. The more I thought about it (and the more Sylvie encouraged me), the more I realized this conversation was needed and that I was the right person to facilitate it and to bring these stories to life. We don’t always realize the impact we have on others or the ways in which our actions — both positive and negative — have impact. We also sometimes overlook how our skills, talents, experiences, and passions can be brought forth to help others. That’s at the heart of “She Said/She Said.”

There are lots of podcasts — really great ones — focused on leadership and leadership development, but there isn’t one that attempts to showcase the diversity of women’s leadership, impact, and point of view in ways that are inspiring and having impact each and every day — and in ways that are both dramatic and subtle. Sylvie is a perfect example. She is tireless in her pursuit of helping others, of leading change, and of leaving the world better than the way she found it. 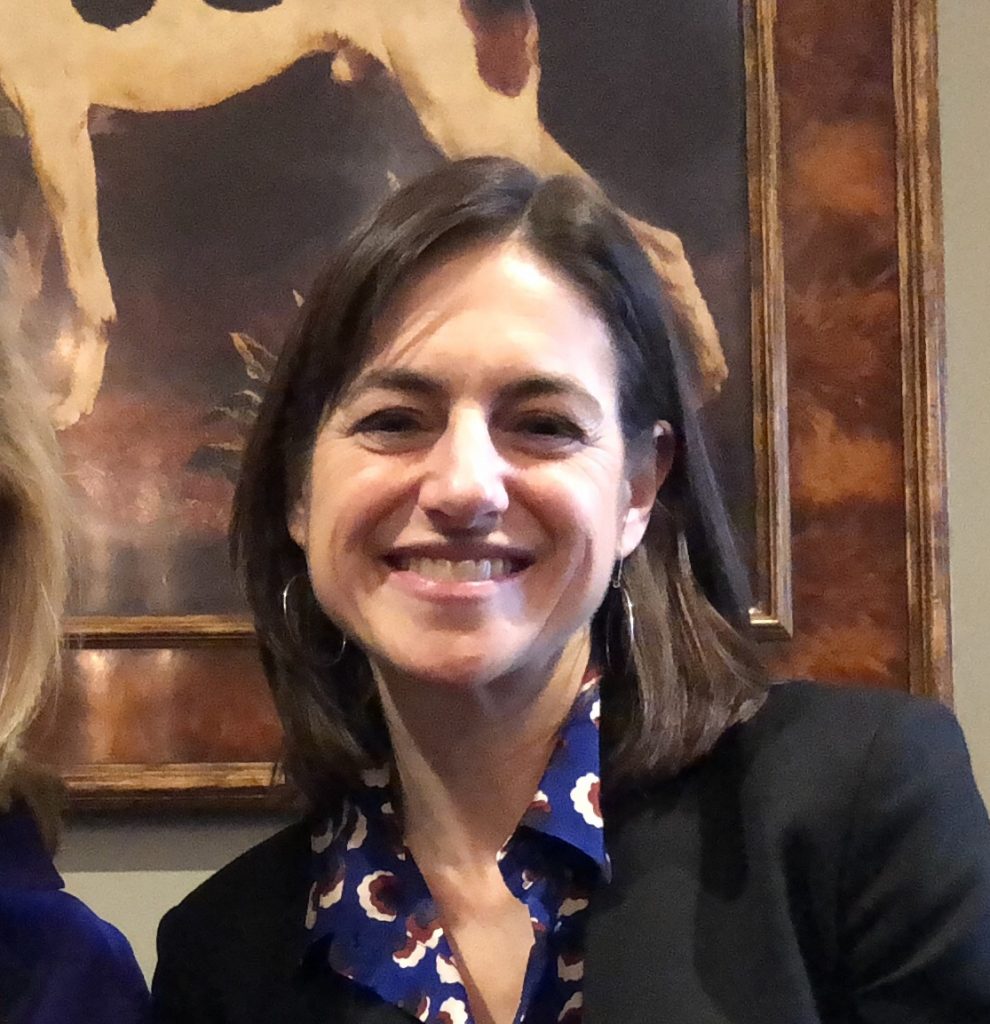 Sylvie Légère is very familiar with corporate America as well as the policy world. She has more than 20 years experience working in technology, process and change management for Accenture, TD Ameritrade and JP Morgan Chase. As co-owner of a bicycle shop outside Chicago, and developer of an app for people with developmental disabilities, she knows the challenges small businesses face. And as a parent, Sylvie feels the pressure all parents do — how do we leave the world a better place for our children?
In answering that question, she’s discovered a passion to help those without a voice find their own and get out of their comfort zone. After personally encountering the unique challenges women face in the policy sphere, she co-founded The Policy Circle to provide women with opportunities to gain the confidence to join the public policy dialogue.
Sylvie earned an undergraduate degree in Management Information Systems from the University of Ottawa, Canada, and a Master’s in Computer Science with a specialization in the Learning Sciences from Northwestern University, in Evanston, Illinois.
To learn more about starting your own policy circle, visit: The Policy Circle.