ABC News’ Rebecca Jarvis, Host of “No Limits” Podcast reminds us that limits are ones we put on ourselves (Episode 73)

I sat down with Rebecca Jarvis— Emmy award winning journalist and chief business, economics and technology correspondent for ABC News — to talk career, motherhood, advice from the newsroom, and so much more.

There is so much to glean from Rebecca’s story — how her big break on reality TV show The Apprentice launched her tv journalism career, but left her concerned about being taken seriously, and what she did to make sure that she was.

Rebecca talks about how to create entrepreneurship inside of an organization, doubling down on what you love, and how sometimes it can feel more nerve wracking to take risks after you’ve achieved success in your career. She also talks about “the clarifying power” of motherhood, the impact eight-month-old Isabel has had on her life, and how the worst advice she ever received came from a well-intentioned source.

After you listen to our conversation, be sure to check out Rebecca’s critically acclaimed podcast The Drop Out which chronicles the meteoric rise and fall of company Theranos and its elusive founder, Stanford University drop out Elizabeth Holmes.

And, don’t miss Rebecca’s terrific weekly podcast No Limits which features accomplished women talking about how they achieved success and what they have struggled with along the way. 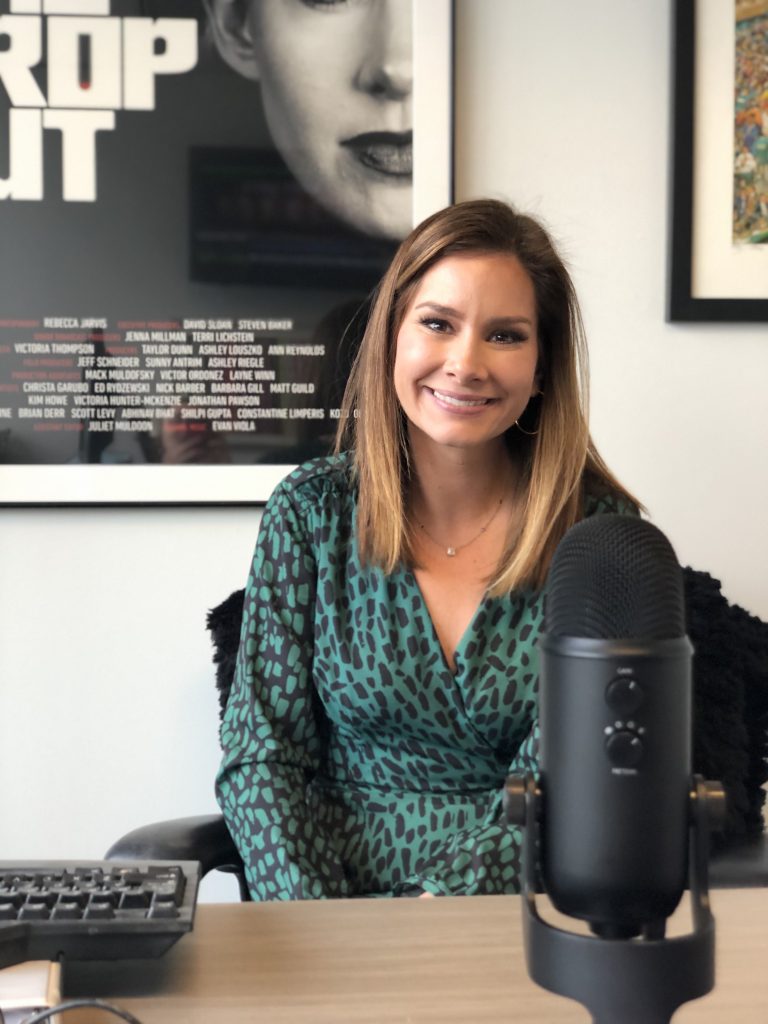 The Drop Out Podcast