Paying it forward: a LIVE conversation with Jamie Brown Hantman, author “Heels in the Arena” (Episode 77)

This is a special LIVE episode of She Said/She Said. I’m joined by my friend Jamie Brown Hantman, author of a new book called “Heels in the Arena: Living Purple in a Red/Blue Town.” Jamie’s book is a memoir, but not the type that often comes out of Washington. It’s not a self-congratulatory, score settling, reputation enhancing book. It’s a book about paying it forward based on lessons Jamie learned in Washington — On Capitol Hill, at the Justice Department, at the White House, in establishing her own consulting firm, as a daughter, and as a mom.

With humility and humor, Jamie provides advice and perspective for how to make it in a place in Washington, DC  – and how to do in a bipartisan way – something that is increasingly challenging. Jamie knows quite a bit about bipartisanship and navigating tricky political relationships since she — a Republican — is married to a Democrat. We could say she’s been living a so-called “purple” existence for a while now.

This LIVE conversation was hosted by our dear mutual friend Lee Dunn. One mark of true friendship is throwing a party for other people on your birthday. Lee celebrated her birthday at this event. She was one of the first people to reach out to me when I launched She Said/She Said and has been a big source of inspiration, insight and feedback ever since.

As women, our relationships with each other are an incredible part of our support system. They sustain us in ways that are unique to the ways in which we as women connect with each other. There is indeed evidence to support the fact that we are wired to connect on a deeper level. I think you’ll especially feel that sense of connection from this episode.

I created She Said/She Said podcast as one component of a broader platform that would enable us to share our experiences as women to help each other, to inspire each other, and to teach each other in a positive, empowered and constructive manner. That sense of paying it forward is certainly true of Jamie Brown Hantman. 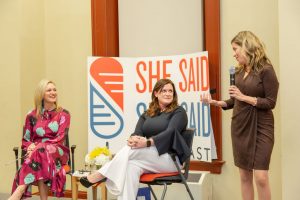 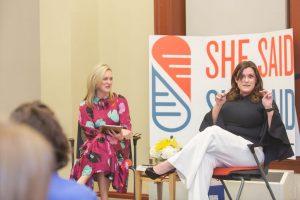 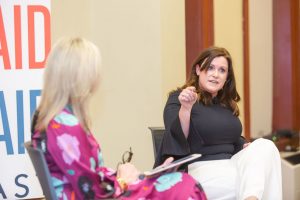 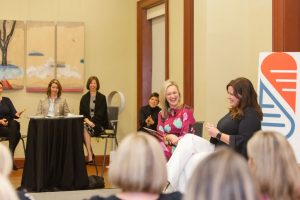 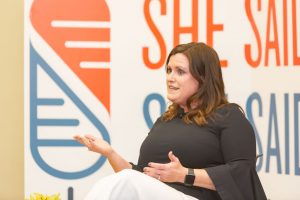 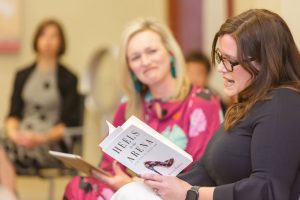 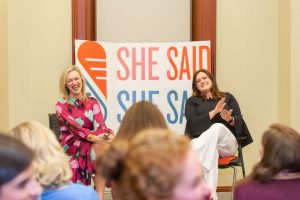 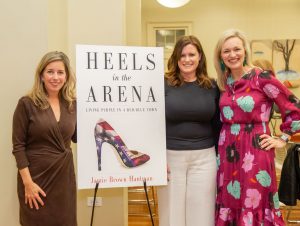 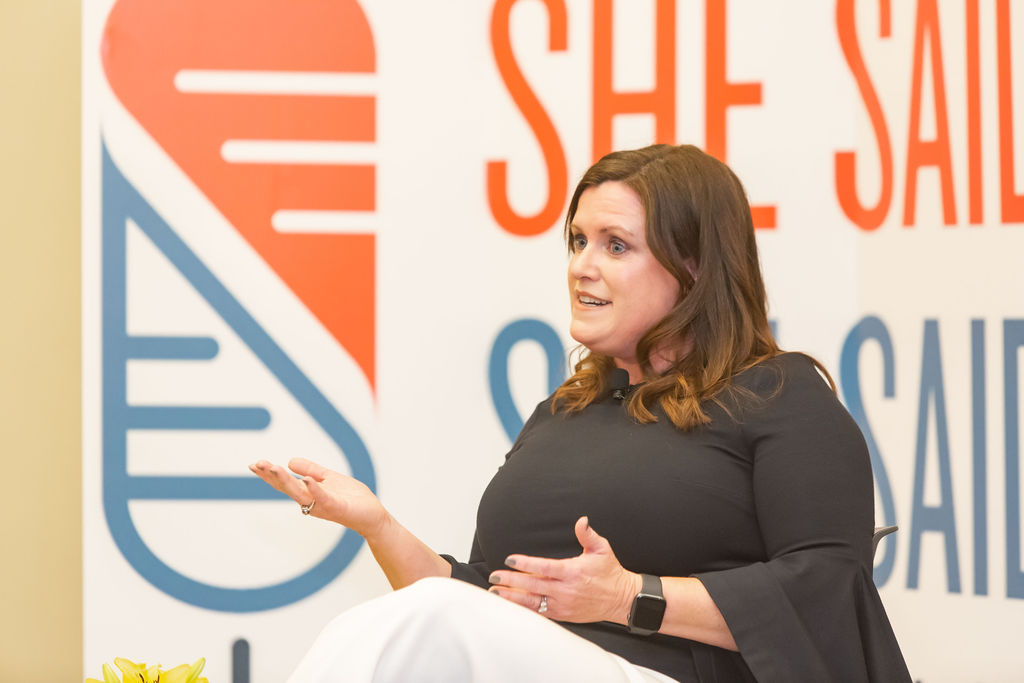 Heels in the Arena