Gayle Tzemach Lemmon is a best-selling author (three times over) whose work and talent as a storyteller and journalist has given us a first-hand understanding of women facing incredible odds in both male dominated societies in the Middle East, and on the battlefield.

What’s more Gayle has told the stories that might not otherwise have made it into our collective consciousness. Her latest book is “The Daughters of Kobani.” It is the extraordinary story of the women who took on the Islamic State and won, and it is incredible. It’s a story most of us have not heard, and likely wouldn’t without Gayle’s commitment and dedication to telling it. And, Gayle proves her metal as a uniquely gifted storyteller once again.

Gayle’s earlier books have included: “Ashley’s War,” the untold story of a team of U.S. women soldiers on the special ops battlefield, published in 2015 and soon to hit the big screen. In 2011, Gayle published “The Dressmaker of Khair Khana” about a young woman entrepreneur who supported her community under the Taliban.

The fact that Gayle’s latest book has been endorsed by both the author Elizabeth Gilbert and retired United States Navy four-star Admiral William McRaven is not only high praise, but speaks to Gayle’s power to capture the depth and importance of a challenging but important story.

As we think about Women’s History Month, Gayle has not only memorialized women history makers, but in the process has solidified her own role as a uniquely gifted storyteller for this generation.

In this conversation, we talk about Gayle incredible career, and what inspired her to write these amazing stories. She also shares amazing advice for following your own heart, even when others have different ideas for you!

I’d love to know what you think of this or any of our She Said/She Said podcast episodes! Please be sure to rate and review on Itunes or wherever you are listening. And, if you are listening on your phone, please take a quick screen shot and share on your Instagram and Facebook stories with tags to @LauraCoxKaplan and @SheSaidSheSaidPodcast

I’m grateful you tuned in and hope you found this investment in you worthwhile! See you next week! 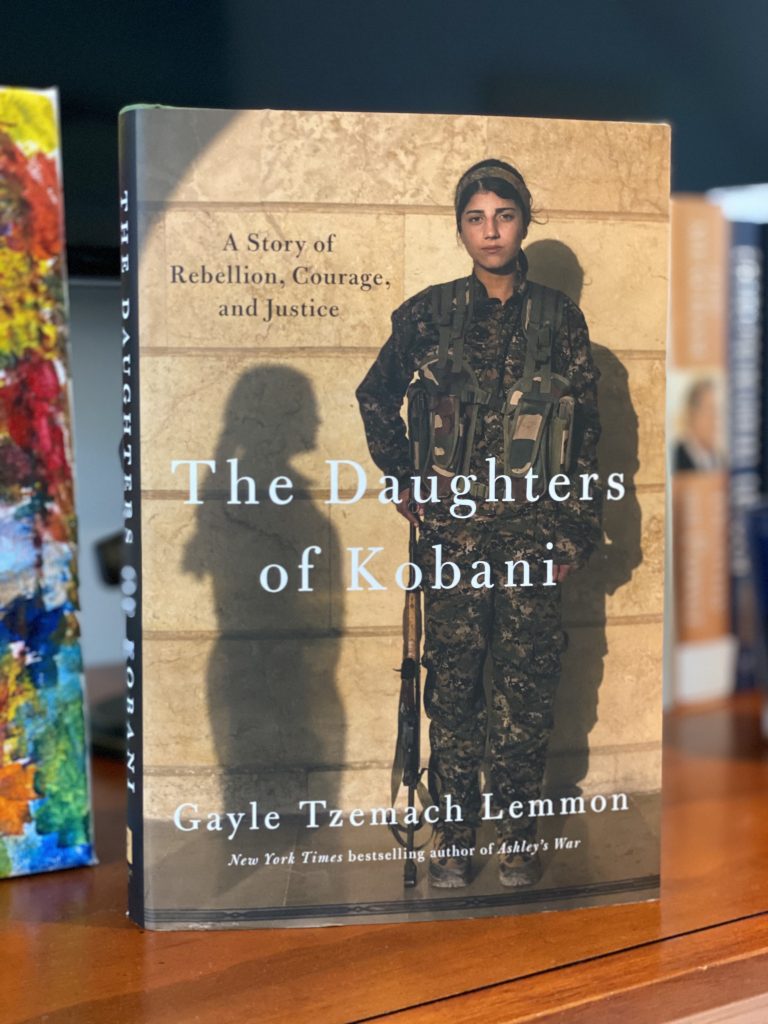 The Daughters of Kobani