From trailblazing CEO to leadership teacher and coach, Carly Fiorina is running toward challenges and helping others lead and “find their way” (Episode #57) 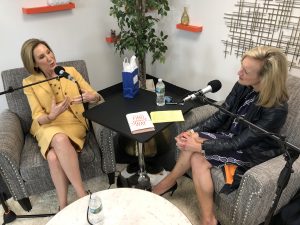 Carly Fiorina is the former CEO of Hewlett Packard, and the first woman to lead a Fortune 20 company. She also oversaw the largest technology sector merger in history. Her passion for problem solving led her to run for the Republican nomination for president in 2016. She’s a trailblazer who has often found herself the only woman on the stage, in the boardroom, and in the meeting. That didn’t hold her back – far from it! She’ll explain why in this terrific and inspiring episode. Today, Carly is using her talents and perspectives to help others and to alter the way we think about finding our way.  Her new book entitled “Find Your Way” along with her podcast By Example, her foundation Unlocking Potential, and her work at www.CarlyFiorina.com she is helping people to lead, and to empower themselves and others.

Carly is a powerful and inspiring example of running toward the challenge, battling through fear and loss, and not allowing yourself to fall victim of your circumstances. 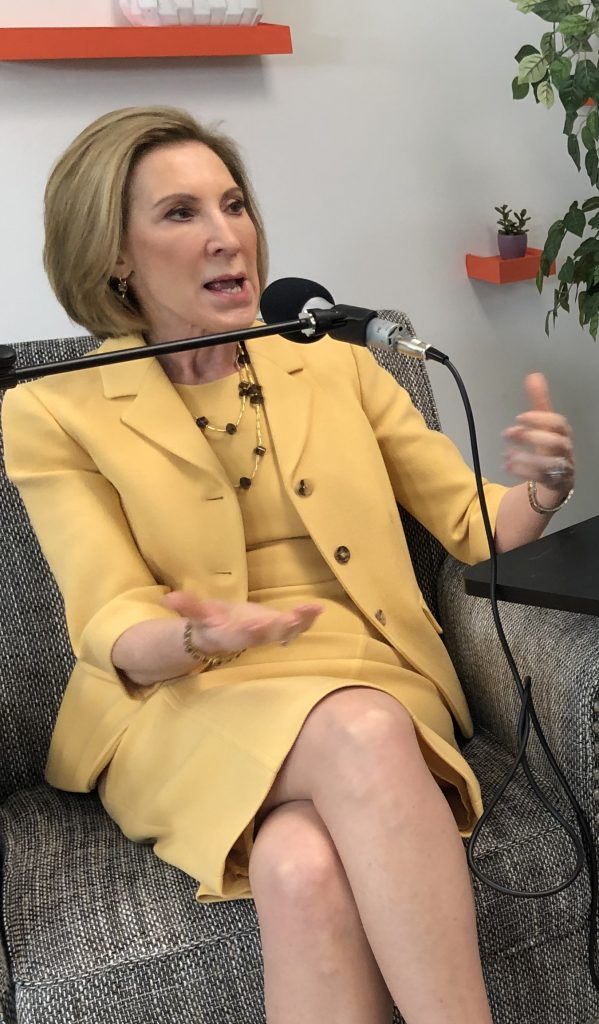 Carly Fiorina is a true leader and a seasoned problem‐solver.

She is a passionate, articulate advocate for problem-solving, innovation, and effective leadership. Her mission is to inspire, equip and connect individuals and teams to seize opportunities, face challenges, and accelerate impact in their communities and places of work. She knows that everyone has more potential than they realize, that those closest to the problem understand the problem best, and that leading to unlock the potential in others and actually solve problems can result in both progress and joy.

Carly shares her leadership experience and approach to problem-solving in a variety of ways.

In addition to her regular speeches to students, businesses and non-profits, she is the founder and Chairman of Carly Fiorina Enterprises, and of Unlocking Potential, a non-profit organization that invests in human potential by supporting local leaders who are solving problems in their communities and places of work; equipping them with the behaviors, characteristics, disciplines and tools  to increase their leadership and problem-solving capacity. On By Example, a leadership podcast, Carly and her team will use the experiences, stories and lessons from innovators and problem-solvers to teach practical, real-world solutions to challenges many listeners face.

Carly’s experience spans from secretary to CEO, from public to private, and from for-profit to non-profit.

She started out as a secretary for a 9-person real-estate business and eventually became the first woman ever to lead a Fortune 50 company. When Carly was recruited to lead HP in 1999, the industry was facing the worst technology recession in 25 years. Under Carly’s leadership, revenue grew, innovation tripled, growth quadrupled, and HP became the 11th largest company in the U.S.

During her tenure at HP, the company received numerous civic recognitions, including being named one of the 100 Best Corporate Citizens by Business Ethics Magazine, one of the 100 Best Companies for Working Mothers by Working Mother Magazine, receiving a 100% rating by The Human Rights Campaign Foundation’s Corporate Equality Index, and being named one of the World’s Most Respected Companies by The Financial Times and PricewaterhouseCooper.

After leaving HP, Carly focused her efforts on giving back. Prior to Unlocking Potential, she served as the Chairman of Good360, the world’s largest product philanthropy organization, and as Chairman of Opportunity International, a Christian-based organization that lifts millions out of poverty around the globe through micro-finance. She also founded the One Woman Initiative in partnership with Secretary of State Condoleezza Rice, to engage and empower women in Pakistan, Egypt, India and the Philippines through increased access to economic opportunity.

Carly was appointed by President Bush and CIA Director Michael Hayden to serve as the Chairman of the External Advisory Board of the CIA after 9/11. In this capacity, she held the highest clearances available to a civilian, and focused her efforts on CIA recruitment policies, information technology capabilities and organizational integration.

In 2015, Carly launched a campaign for President. Running as a political outsider, Carly spoke about empowering and engaging citizens to take back government from a political ruling class that has failed to deliver results. There, many more Americans came to know her as a clear-eyed, direct leader capable of actually solving problems.

Carly is also a best-selling author. Her titles include Tough Choices and Rising to the Challenge. Her third book Find Your Way is out now.

She and her husband, Frank, have been happily married for 33 years. They reside in northern Virginia near their daughter, son-in-law and two granddaughters.