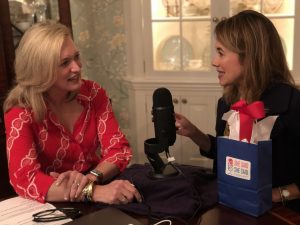 Poppy MacDonald sits at the epicenter of where the evolving news business works to meet targeted customer needs and interests at Politico. As President and COO of Politico US, she’s well-suited for this role having run the National Journal’s subscriber  business as its president and publisher from 2014-2016, and as chief revenue officer before that. But it was Poppy’s experience in sales and her early training in journalism that have given her important experience to really understand the needs of the Politico customer, and to understand the varied demands of her current role.

And, while the experiences reflected on Poppy’s impressive resume no doubt serve her well, it’s actually her fierce drive and determination that set her apart. To understand where that comes from, Poppy shares how she was forced to be independent at a very young age. As she embraced that independence, she proved to herself that she could accomplish things which helped to boost her confidence. Like many of our guests, Poppy used fear a motivator, and it fueled her risk taking.

As you might expect, Poppy is thoughtful, intelligent, and accomplished, but she’s also incredibly nice. Her compassion for others and interest in them is what helps her accomplish even the toughest assignments, and that is her advice for others — use “nice” as a differentiator and approach others with “a spirit of generosity.” 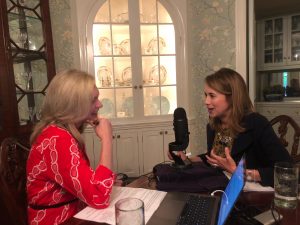 Poppy MacDonald is the President and Chief Operations Officer of POLITICO USA. She is responsible for driving the organization’s growth, developing the business strategy, and executing the daily business operations of the company. In this role, she oversees the sales, marketing, product, communications, technology and human resources divisions and has full P&L responsibility for the business in the U.S.

Previously, MacDonald served as POLITICO Pro’s executive director of business development. In that role, she was responsible for overseeing the launch of Politico’s first paid subscription model focused on providing sector-specific coverage. She also managed the sales and client-service team.

Prior to POLITICO, MacDonald worked at Gallup Inc., where over her four-year tenure she launched the World Poll and led the health care practice. Before that, MacDonald worked for The Advisory Board, consulting with hospitals and health systems as a director of marketing and new business development. MacDonald began her career serving members of Congress representing her Pacific Northwest hometown on both the Senate and House sides of Capitol Hill.