As we celebrate our nation’s independence and remember those who have worked tirelessly to serve and protect the freedom that comes with democracy, one often overlooked role is that of First Lady. This unpaid, unsanctioned role is defined largely by the person who holds the title. It conveys significant power and often sets a complementary tone for a presidential administration’s broader policy goals and objectives.

Anita McBride is former Chief of Staff to First Lady Laura Bush (2005 to 2009) and currently Executive in Residence at American University, where she directs programming and national conferences on the legacies of America’s first ladies and their historical influence on politics, policy and global diplomacy.  She served in three presidential administrations, and is an expert on the topic of First Ladies and why their power and impact matter.  We talked to Anita about the power, impact and evolving nature of the First Lady’s role, as well as about her own career journey.

Anita’s own path, while not always linear, has been one of impact. She tells us how she, an aspiring doctor and the daughter of Italian immigrants, made it from Bridgeport, Connecticut to the White House by way of a student exchange trip abroad that sparked her patriotic passions and a career dedicated to service. Her story is inspiring, her perspective enlightening, and her ability to channel her fear is one of several secrets to her success. 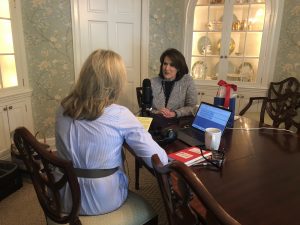 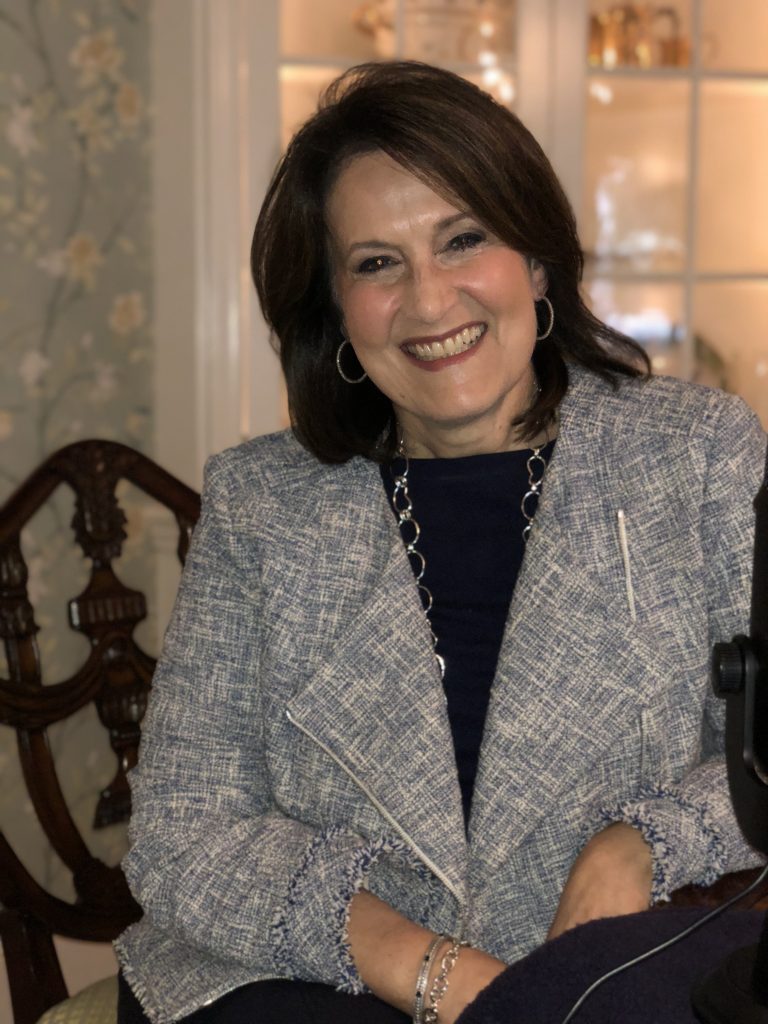 Anita McBride is Executive-in-Residence at the Center for Congressional and Presidential Studies in the School of Public Affairs at American University in Washington, DC. She directs programming and national conferences on the legacies of America’s first ladies and their historical influence on politics, policy and global diplomacy.

McBride previously served as assistant to President George W. Bush and chief of staff to First Lady Laura Bush from 2005 to 2009, directing the staff’s work on the wide variety of domestic and global initiatives in which Mrs. Bush was involved. She had primary responsibility for the First Lady’s efforts to support US foreign policy objectives in human rights, women’s empowerment, global health and human freedom. She directed Mrs. Bush’s travel to 67 countries in 4 years including historic visits to Afghanistan, the Middle East and the Thai-Burma border.

Also under President George W. Bush, McBride served as a special assistant for White House Management; as senior advisor in the U.S. Department of State’s Bureau of International Organizations and as the State Department’s White House liaison.

McBride co-founded the RAND African First Ladies Initiative and Fellowship program to partner with Africa’s first ladies and support their efforts to become champions of change for health and education in their countries as well as train their staff and advisors in strategies for establishing and managing an effective First Lady’s office.

McBride is an advisor to the George W. Bush Institute as well as a strategic consultant to global non-profit organizations. She is a member of several organizations, including the US Afghan Women’s Council, the J. William Fulbright Foreign Scholarship Board and the White House Historical Association.  In 2017, she served as fellow to the Bush Institute’s First Ladies Initiative, and is a founding advisor of the RightNow Women PAC.