Reinvention is an especially timely topic given increased unemployment and an economic shift that occurred almost overnight. So many people are, or will find themselves, facing further uncertainty and potentially significant shifts in careers, jobs, and even lifestyles. For women, especially at mid-career, that can be a pretty vulnerable population. One of the most challenging aspects is knowing where and how to start. What do you do when you don’t have a clue what you want to do next? How do you figure this out?

This week’s guest, Lesley Jane Seymour, is an expert on the topic of reinvention. She sat at the helm of the women’s magazine world for three decades serving as editor-in-chief of some of the most beloved and best known publications including: Marie Claire, Redbook, YM, and More Magazine. 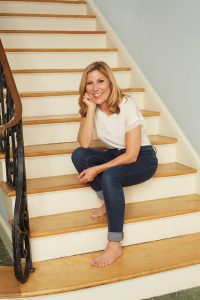 Moving around the publishing industry required Lesley to learn some important reinvention skills, but not necessarily the types of skills she would need when she saw her career in publishing come to an abrupt end two years earlier than she had planned.

In Episode 108, Lesley shares how she reinvented herself as an entrepreneur, the tools she used, and the challenges she faced in doing so. She also talks about how she’s made helping other women reinvent themselves her passion through Covey Club, a digital platform that allows for direct engagement between club members.

She has also built a community of “lifelong learners” which she says, “is held together by people who are always trying to better themselves, are willing to learn, to read, and investigate. It’s a certain type of person that attacks the world through educating themselves about the challenges they see.” That’s Covey Club.

A few specific highlights from our conversation and what you’ll learn from Episode 108:

Lesley provides this important advice, “If you come out of a successful career where you knew everything, one of the things you have to be ready to accept is that you’re going to go back down to the bottom of the rung, and you will not know what you’re doing. You’ll have to be comfortable with that. And when people say, ‘You don’t know what you’re doing,’ you can say, ‘You’re right. I don’t. And I’m going to learn.’” The trick is to not allow self doubt about what we don’t know to take over!

Lesley also talks about the impact she hopes to have with this current chapter. “My goal, or through line, is that I’ve wanted to help women. I want to educate them. I want them to feel less alone. And, I want them to know that there is a future for them and that they need to own that future, and own their own life. You know it ain’t over until you say it’s over. I think that’s the most important thing.”

Lesley’s advice for midlife: “Aging is not a disease. It’s not something that you can outrun or take something for. It’s not going to go away. Everybody ages. It’s going to happen. No one has the right to tell you  just because you’ve gotten older that you are irrelevant. Some people have allowed themselves to become irrelevant,” but that, she says, is not inevitable. You don’t need to be mid-career to appreciate that perspective!

Check out Covey Club and join Lesley for Coffee and Conversation on the Covey Club website. And, when you’re not listening to She Said/She Said Podcast, be sure to check out Lesley’s podcast “Reinvent Yourself.” 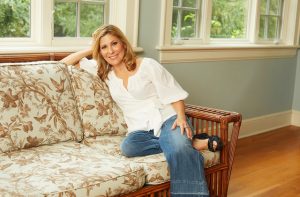 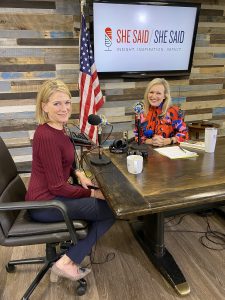 For more on reinvention, be sure to check out my conversation earlier this year in Episode 86 with Ginny Flynn, co-author of “Comeback Careers” which she wrote with her sister-in-law Mika Brzezinski. Both Lesley and I were honored to be featured in this terrific book. It’s a great resource for second acts, reinvention, and personal pivots.

If you’re working on personal reinvention yourself, I would love to hear your story and what’s working for you. Please send me an email. And, if you’re enjoying She Said/She Said and have ideas for us, please let me know that too! Your feedback is greatly appreciated and incredibly helpful.

I’m grateful for your time! Take care, be safe, and I’ll see you next week!
xoxo